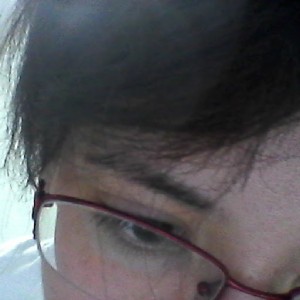 It has been going on for more than a month now that Bulgarians are on the streets protesting against institutionalized corruption and politicians with ties to the mafia. A few weeks ago journalists of Bulgaria’s investigative news site Bivol were in Budapest. They run their project on a freelance basis while taking on other jobs. Bivol looks like a spare-time project but its impact is very high. Earlier this year, Assen Yordanov and Atanas Tchobanov achieved the resignation of Bulgaria’s prime minister by releasing documents that proved he was an undercover secret service agent in 1997 and later he was investigated for having links to organized crime.

Atanas Tchobanov sat down with an excitement on his face when I met him and his colleague Assen Yordanov in a Budapest shopping mall. They were on their way to Bulgaria and stopped by to talk to atlatszo.hu about their work. Tchobanov showed his smartphone to me, and I saw an application’s notification list on the screen. He told me it was a new app developed to track requests or intrusions into one’s mobile phone communication. They obtained it on the way when stopping by in Berlin from GSMK, a German mobile communication security firm selling cryptophones which allow making encrypted phone calls and sending encrypted text messages.

Atanas Tchobanov and Assen Yordanov work for Bivol, a Bulgarian investigative journalism news site bearing the name “buffalo” in Bulgarian language. A few months ago they received a tip-off about being followed by the Bulgarian authorities because of a story they released in February 2013. The story, dubbed the “Buddha file” in Bulgaria, ended with the prime minister Boyko Borisov’s resignation. Borisov, codenamed Buddha in the state secret service files leaked by Bivol, said the protests against the raise in utility prices were the reason for his leave. However, at the Bulgarian council of ministers he revealed he considered Bivol’s journalists his main adversaries because they called him into account.

According to the documents published by Bivol, Boyko Borisov was an undercover agent of the secret services while being the part of Bulgaria’s criminal gangs in 1997. The files listed him under the name Buddha, which later became an inspiration for protest slogans and memes for Bulgarian citizens. Bivol’s journalists observed that mainstream media outlets kept silent about the story for 48 hours after its publication. Assen Yordanov considered their reaction the result of panic and shock, while the social networks were buzzing with the information shared by Bivol.

A whistle-blower warned the two journalists they were being followed by the state security agency DANS, as Borisov’s supporters were afraid of more documents coming to light. Bivol started a campaign asking their international colleagues to request information about their case from DANS. The case was classified; meanwhile Assen Yordanov was sure about him being under surveillance. “You have a tie everywhere, everywhere you walk, you have a tie, they are listening to your phone calls, contacts, mails, everything,” he told me.

To explain the current situation, the abuse of power not unknown to citizens of countries earlier part of the Eastern Bloc, the Bulgarian journalists began telling me memorable stories of corruption. Atanas Tchobanov said the problem starts with the fact that many political events are apparently influenced by certain people who were part of the former communist governing elite. The shady dealings of former secret and counter intelligence agents may sound like conspiracy theory but Bulgarians consider it a fact that the archives of documents, the products of the authoritarian information gathering system, serve as the basis of blackmailing in reality.

The abuse of power continued after Bulgaria’s transition to democracy. Assen Yordanov, who otherwise talked in very concise sentences during the interview, decided that a corruption story he investigated twelve years ago would best explain to me how his country works. The story known as Gabon affair in Bulgaria is a very sophisticated and exotic case of fraud which created a 20 million dollar loss for the country, and now is being told like an anecdote.

Yordanov and Tchobanov added new pieces of information, one after the other, about an alleged export concession built in the Central African country of Gabon for wood production in a tropical forest. The major, or rather major sounding investment project went wrong when the president of Gabon sent an official letter to Bulgaria asking about a certain Bulgarian concession he had heard of, a production project which, according to the information he had received, was exploiting the protected tropical forests. Both Tchobanov and Yordanov burst out laughing at this point in the story, which according to Tchobanov would make for a perfect film pitch with the Bulgarian mission sent overseas to investigate the case; that found out that despite the reports, there was no production plant, no woodworking machinery and no jobs created in Gabon.

Considering the row of incredible corruption cases like the Gabon affair Assen Yordanov still thinks Bulgarians are less “nihilistic” than they were five years ago. They are protesting on the streets because they had enough of observing whatever the decision-makers throw at them. The latest decision for instance, the ethnic Turkish party member Delyan Peevski’s recent appointment to the head of the Bulgarian security agency caused public outrage and protests against corruption. In 2007 Peevski was dismissed from his deputy minister position due to a corruption scandal, however, later he was reinstated. Assen Yordanov himself quit his job at a Bulgarian newspaper when Peevski made it the part of his media conglomerate. Delyan Peevski is a public figure one would definitely call an oligarch in Central and Eastern Europe.

Atanas Tchobanov argued that people who are protesting in Bulgaria today are middle class citizens demanding transparency and rejecting shady mafia dealings in the country. “They are opposing the mafia explicitly. Mafia is not an abstract expression in the sense that all politicians are part of the mafia; we know who those people are; we have a list of them. And we have the evidence about what they did, or we know that the evidence exists and we know how to find it. And someday it will be leaked.”

In 2010 Bivol launched its leaking platform BalkanLeaks. The service accepts leaks sent via Tor, a software that enables anonymous communication online. Tchobanov said there are several ways of leaking information, a journalist may still receive a brown envelope with a disk inside, or an email with a bunch of documents from an unknown address registered with a hosting service in Russia or Singapore. “BalkanLeaks is one of the ways to leak. And now it’s established, it’s more or less known not only by the media, but also by government people and by the public that there is such a box where you can leak safely,” he adds.

When it comes to Bulgarian corruption stories related to Hungary, Bivol’s journalists came up with the information they received that in the early nineties former prime minister Boyko Borisov was arrested during a car smuggling operation in Hungary. He was allegedly held in custody for one week; and there are signs of Hungarian police investigating the case in Bulgaria but the information hasn’t been confirmed yet. According to Bivol’s journalists Borisov always maintained good relations with Hungarian politicians, especially with the current prime minister Viktor Orbán, which according to the Bulgarian journalists  may mean that even if there was ever such an investigation conducted against him, the traces might just have been cleaned up by now.

“One life may not be enough for the real changes in Bulgaria,” said Yordanov, who in 2009 told Reporters Without Borders about how many Bulgarians saw  the European Union as the only way that Bulgaria was going to free itself of its links to the former Soviet Union and Russia. During the interview he opened up an article on his smartphone about the misuse of EU funds. Uncovering EU-money related corruption seems to be the new phase in Bulgaria’s history of fraud intertwined with the fact that many stories may put the journalists working on them in serious danger.

Following the Buddha files story, Assen Yordanov feared for his life the second time after a 2007 attack. BalkanLeaks created and published an insurance file package, a set of documents encrypted with a password that was passed on to their allies at WikiLeaks in order to protect them from any further attacks. Tchobanov remained secretive when I asked him about the documents, and Yordanov concluded to emphasizing investigative journalists are highly exposed to risks during their work. The one time buffalo shepherd Yordanov made discouraging statements about his profession.

“It was my unfortunate destiny to become a journalist. I wanted to live in the mountains with the buffaloes. You can’t be happy as a journalist in Bulgaria; it’s a curse for the family and friends. To be an independent journalist in Bulgaria is a curse.” But still, he added, “I’m a fighter in my soul, I like the challenges, and I never give up. I don’t want to give up. It’s a cause, not a profession.”