We publish table of revenues of Hungarian MPs 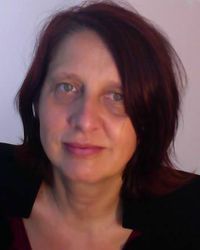 Members of Parliament in Hungary are not forbidden by law to take on a second job, but it is a requirement that their activities should be focusing on the interest of the voters. This may become difficult to fulfill for those MPs who have financial interests elsewhere – through their extra positions taken on in a corporate or other organization. We publish a table of regular incomes of MPs outside their elected and governmental positions, based on their  statement of their wealth statements for the years 2010 and 2011. Some of the MPs from the governing FIDESZ-KDNP parties make a monthly extra of 20,000 – 100,000 HuF as board members of various companies. One of the highest payments of this sort – 960,000 HuF a month – is also received by a FIDESZ MP for being a member of the supervisory board of a hotel. Nearly  fifty MPs are owners of one or more companies according to the statements, bringing in tens of millions of forints outside their salaries as MPs.

Proceed to the article in Hungarian here.