Alcsútdoboz is a village in Fejér County, about 50 kilometres west from Budapest, situated next to Viktor Orban, Hungarian prime minister’s native village, Felcsút. This area is the center of these days scandals which started to set media’s agenda since Jozsef Angyan, former undersecretary of the Ministry of Rural Development stepped down.

Alcsútdoboz’s historic farm, called Hatvan puszta which once belonged to Archduke Joseph is now rented by Lőrinc Mészáros, mayor of Felcsút. The proprietor is CZG Kft, which belongs to Győző Orbán, father of present prime minister, well-known mine-owner in western Hungary. The farm is surrounded by lands rented by Mészáros’s company, Búzakalász 66 Kft. All of these lands are national properties put to farming lease on tenders. Two other plough-lands next to Mészáros’s farming lease belongs to Anikó Lévai, Viktor Orbán’s wife.

Although we saw construction works and local rumors say the mayor of Felcsút is planning to open a hotel there, he claims the buildings are used as warehouses, the construction works we managed to film are conservation works only. Local told us, that Mészáros plans to open a hotel on the site to provide accommodation for filming crews working in the Korda Filmstudios. Korda Filmstudios are located in Etyek, a village near Alcsútdoboz and belongs to entrepreneur Sándor Demján, placed fourth on the list of wealthiest Hungarian people.

The story also fits in to the series of scandals which are mostly based upon land leasing practices in Fejér County. One of the main promise of Fidesz before they won the elections in 2010 was to help local farmers to get local lands. Tenders would have been set up in favor of farmers with less than 300 hectares on their own, but later this figure had been raised up to 1200 hectares. Applications were judged by subjective views and their results have been classified for ten years. This resulted that local farmers could not even rent a single square-meter, but Mészáros’s company and his family members won 1377 hectares in the area.

Lőrinc Mészáros, mayor of Felcsút was nominated for the presidency of Ferenc Puskás Football Academy by Viktor Orbán. This six-year-old football academy is building its own stadium in the village of Felcsút from public funds. Mészáros is also the president of the landowner’s community of Alcsútdoboz and Felcsút. This may be the reason why local farmers claim he have been a strawman in applying for national properties.

His response for our question quoting recent concerns of former undersecretary József Ángyán and oppositional MP Rebeka Szabó was: ‘I don’t give a fuck about what they say.’ We got no responses to further questions neither from him, nor CZG Kft, the farm lessor company owned by Győző Orbán. 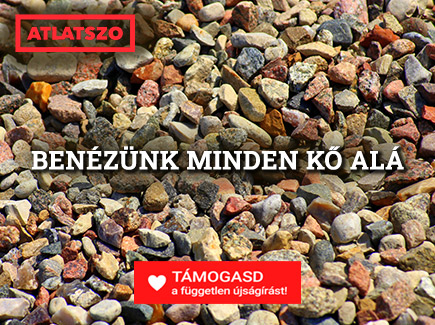